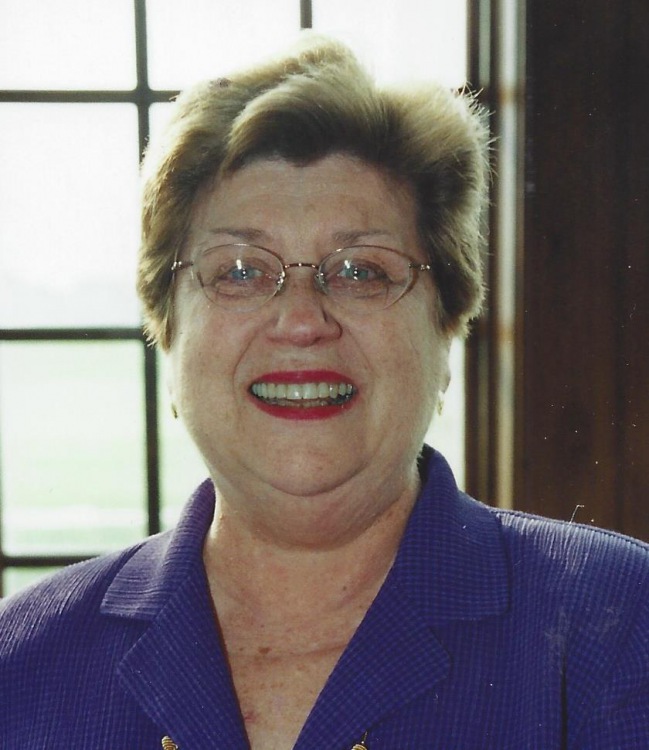 Maureen DeLeo, age 79 of Dublin Ohio passed away Friday November 22nd in Westlake Ohio. Maureen was born in Erie, Pennsylvania August 28 1940. As a young child, her family moved to Warren, Ohio. Maureen attended St. Mary’s School. After high school graduation she worked at Carlisle’s Department Store and began her college studies at Youngstown State University.   On August 26th 1961, she married Blase Peter De Leo, also of Warren Ohio. Blase and Maureen both attended St. Mary’s but started dating while in attendance at Youngstown State.  Shortly after their marriage the couple moved to Ft. Lee Virginia where Blase was an officer with the United States Army. Here her sons Blase and Christopher were born. In 1963 the family returned to Warren.  Maureen was excited to return to her hometown and here she gave birth to her daughter, Mary Julia.

Ever the devoted wife and mother Maureen moved her young family from Warren and after stops in Springfield Va., and Miami, Florida, the family happily moved to Dublin Ohio in 1978. Here Maureen had the chance to pursue her dream of finishing her college education. And finish she did. In 1980 Maureen proudly received her Bachelor of Arts in Education from the Ohio State University. After a few years of practicing her craft as a substitute teacher Maureen accepted her 1 and only full time teaching job at Dublin Coffman High School where she would teach English for the next 23 years. Maureen loved teaching, her students, and her colleagues. In 1998 she was recognized for her skills and nominated by the superintendent of schools to be a 1998-1999 Jennings Scholar at Capital University.

After retiring, Maureen continued to teach others as part of the “Sisters of Education” program helping adults from other countries to learn English. Maureen’s Catholic faith was important to her and she was an active member of St. Brigid of Kildare Dublin, Ohio. A lifelong reader Maureen also enjoyed years of camaraderie at book club. Maureen also took back her love of painting. Her family appreciated her talent and especially loved the beautifully crafted Christmas cards she would make yearly. In addition to enjoying reading and painting she and Blase had the opportunity to visit her ancestral home, the Emerald Isle, Ireland.

Maureen was a life-long music lover, she had a wonderful singing voice and was always humming a tune, she enjoyed bridge, card games, and following the adventures of her extended family. She was first and foremost a Buckeye and enjoyed all things Cleveland sports.

The past several years were physical struggle for Maureen. Throughout her journey she so appreciated the special care and attention she received from her devoted husband Blase, and her loving daughter Julie, her favorite physical therapist Matt Greenslait and all of the amazing staff at Brookdale Hospice.   She also appreciated dear friends from Warren and former Dublin High School colleagues for their ongoing support and lifelong friendships.

Maureen never met a stranger, she wanted to know what and whom you loved, she had a way to figure out just what made you special. She cared and she brought joy to our lives. She will be missed.

Maureen follows in death her beloved parents Charles Arthur Moore and Jeanne Moore.  She is survived by her husband Blase Peter, her son Blase Thomas, and (Leslie )DeLeo, grandchildren Blase Andrew, Elizabeth, and David DeLeo of Jacksonville, FL. Her son Christopher DeLeo,  grandchildren Abigail, Luke, and Josh DeLeo of Louisville, KY. Her daughter Mary Julia "Julie" , and (Wilhelm) Novak  grandchildren Maxwell  and Lainey  Novak of Westlake, Ohio. Her brother Charles R. and (Rita) Moore of Louisville Ky.  Her sister Nancy Ramey of Chesterfield VA.   And her many nieces, nephews, great nieces and great nephews whom she loved. Funeral Mass to be held Thursday December 19th at 10:30 am at St. Raphael Church 525 Dover Center Road, Bay Village.  Family will receive friends from 9:00 am until 10:00 am at Jenkins Funeral Chapel 2914 Dover Center Road Westlake.  In LIeu of flowers family request memorial contributions be made to Brookdale Hospice 3380 Brecksville Rd Ste 101, Richfield, OH 44286.

Blase, we've been out of touch for a while but I am so sorry to hear of the passing of your mother. Her struggles have ended and now she is at peace. May memories be a blessing to you. Leslie, and the family.

Dear dear Maureen,
You are now officially in charge of the goings-on in Heaven where your laugh is eternally joyful. (I'll bet you have already organized a book club!)
Peace be to your best friend and soulmate Blase and to your beautiful family.
Your room in the English hall at DHS , DCHS, was a safe and welcome haven. You had the ability to reality-check us all without disturbing the entire universe.
Thanks for all your devotion to so many things over the years.
Rest in Perfect peace, dear friend,
Love,
Bridget
p.s. What book are you reading?

What a beautiful tribute to a life well lived. Our condolences and prayers for Julie, Wil, Max, Lainey, Blase, and to Maureen’s entire family.
With Sympathy,
Gina and Andy Redinger

Sorry for your loss. Her beautiful smile will always be in my memories. She was surrounded by her loving family. It was an honor to know Maureen and her wonderful caring family.

I am so sorry for your loss. It was an honor to provide care for Maureen. She was a beautiful person and loved you all very much.

Dear family, we are saddened by your great loss. Our prayers are with you during these most difficult days. We pray God give you peace and comfort.

Blase, Chris and Julie, I am so sorry to hear about your mother passing. She was one of my all time favorite people at Dublin High School. Her kindness and radiant smile were a constant in that building, as was her infectious laugh. She was filled with love for everyone and that love permeated around her wherever she went. She has fought the good fight and is now in Eternal Peace in the Arms of her Lord and Savior surrounded by the Angels and Saints.