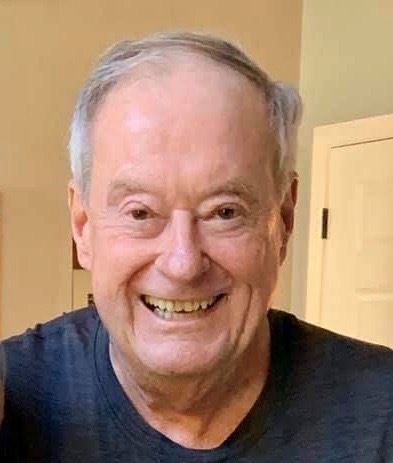 Thomas M. Code, long-time Cleveland area insurance and risk management executive, died Thursday at the Cleveland Clinic. He was 83.  Thomas Code was born in Cleveland. He graduated from St. Ignatius High School and John Carroll University. He served as a Captain in the Army. He was a volunteer at Lakewood Hospital and Cleveland Clinic in Avon. He was an active parishioner for many years at St. Raphael in Bay Village and later at St. Ladislas in Westlake. Survivors include his wife of 15 years, Barbara Ann; daughters Tricia Fletcher of S. Lyon, Mich., Cindy Fenner (Jeff) of Mentor, Michelle Mindell (Bart Rippl) of Westlake; step-daughter Lisa Scrofano (Danny) of Lorain; step-son Michael (Michelle) O’Brien of Amherst; sister, Carol Hammer of Lyndhurst; grandsons, Matthew (Hannah Simon) Mindell of Dublin, OH; Ryan, Sean and Kyle Fletcher of S. Lyon, Mich., Brendan Fenner of Mentor; step grandchildren, Wyatt, Will, Anna, Selah and Viola; great-grand daughter, Evelyn Mindell; and five nieces and nephews. He was preceded in death by wives, Mary Jane (1979) and Barbara (1999). A memorial mass will be held at 10 a.m. Saturday, March 7 at St. Ladislas Catholic Church, 2345 Bassett Road, Westlake.  Donations, in lieu of flowers, can be made to St. Ladislas. Arrangements are by the Jenkins Funeral Chapel of Westlake.

We would like to extend our condolences to Cindy and the family.
Your friends,
FMC

I did not have the chance to meet Thomas, but trust I got to learn his love of life (and all things Irish) from knowing Cindy.

The Seipel Family sends our condolences. May the memories bring you some level of joy during this tough time.

Thank you for sharing Thomas with our patients and Caregivers. He was a truly engaged Volunteer who assisted our patients daily. He brought his suggestions and concerns with solutions to Administration in the best of everyone. He will be missed.

Tom volunteered at Cleveland Clinic Avon. He was a wonderful person to all our patients helping them with a smile and kind words. He will be missed.