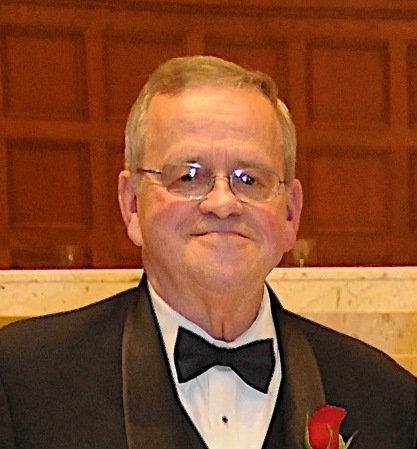 James "Jim" E. Coughlin of Westlake, OH passed away on April 8, 2020 at 81 years old. Born and raised in Cleveland, he was a Browns fan since they came into existence. He attended the 1964 NFL Championship game and always remembered it like it was yesterday. It was his joy to befriend Dante Lavelli late in both their lives. Jim was retired from public service at Cuyahoga County, loved being a realtor, loved dogs, and enjoyed fishing.

Most of all, he loved his sons, Kevin and Michael. He coached their soccer and baseball most of their childhoods and almost never missed a game, even becoming a linesman for Westlake High School Football so he could be “closer to the action.” He had a fierce loyalty which rendered him unable to acknowledge that his sons and grandchildren weren’t simply the best at whatever they did.

Jim was an active member of the Republican Party for decades, attended St. Raphael’s in Bay Village, and had one of the driest over-your-head senses of humor anyone had ever seen.

He is survived by his two sons: Michael and his wife Erin, and Kevin and his wife Carlin, seven grandchildren: Bailey, Nicholas, Alexandra, Wesley “Bobas”, Catherine, Michael and Thomas, his brother Don Hutchinson and his wife Kathy, and his sister Annabelle Mayville.

A memorial service will be planned after the stay-at-home orders for COVID-19 are lifted. In lieu of flowers, Jim would have appreciated donations to Nationwide Children’s Hospital in Columbus because of their life-saving efforts in the life of his first grandson, Nicholas. https://www.nationwidechildrens.org/giving

So sorry to hear of Jim's passing. He always had the time to talk politics and sports whenever I saw him. He also was always asking about my mom when she was alive. My prayers and condolences.

Very sorry to hear of the passing of your Dad Michael. I can imagine and greatly respect the man that he was, though I never met him, I’ve seen him in you. Praying for you, your brother, and Mom through all this. Love you Brother.

I am so sorry to hear about your Dad Michael. You and your family are in my thoughts and prayers.

So very sorry to learn of Jim's passing. He was a good friend, and a fine man.

much love. will miss you always <3

Our deepest condolences to your entire family. Jim was a great guy. We loved when he came to our cookouts and was always ready to mingle. He is not in pain and in heaven now. God bless the entire family during this difficult time.
Marija, Adam and Remy

Please accept my condolences during this sad and difficult time. Kevin and his family are in my thoughts and prayers. I enjoyed getting to know Jim at family gatherings and loved his sharp Irish wit!