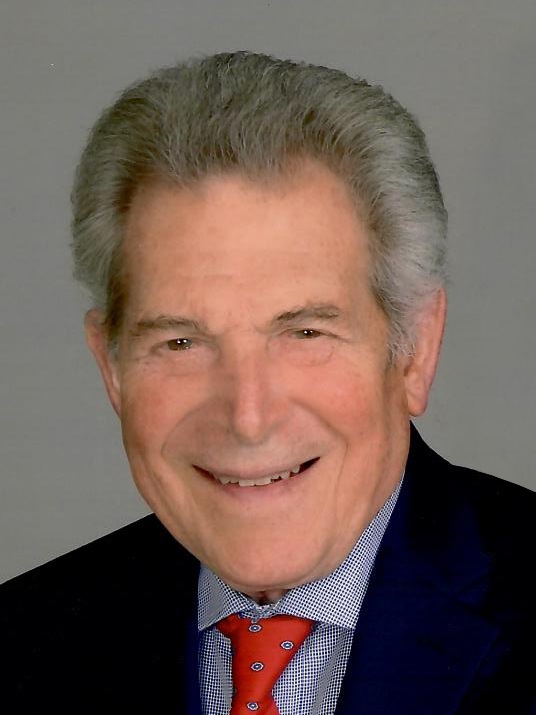 Skip was loved by all who knew him. His warmth, friendliness, kindness, authenticity, and zest for living made him a joy to be with. He was the living embodiment of the Gianfagna family motto, Soprattutto la Famiglia (“Above All, the Family”).

His happiest hours were spent planning, preparing, and sharing meals with family and friends. He was a great cook who needed multiple binders for all the recipes he tried and planned to try. He welcomed new culinary adventures and especially loved cooking with his kids, each of whom became a skilled cook thanks to his influence. He was an extraordinary host; everyone who knew him can picture him in the kitchen, laughing, stirring a pot, and making sure each guest had a full glass of wine.

He was an amazing father who was adored by his children. He coached his kids’ youth soccer, baseball, and softball teams, and later became their biggest fan, never missing a volleyball or basketball game. Always patient and wise, he was a curious and attentive listener. He encouraged his children to pursue their interests and supported them however he could. His legendary sense of humor could make anyone laugh and his playfulness could create a game out of any situation.

Skip was a man of great character who believed strongly in fairness, truth, loyalty, and honor. He lived his life and pursued his interests with such passion and happiness that it would have been impossible for his children and grandchildren not to embrace the same interests and adopt the same passion. He is unforgettable, and he leaves an endless void in the lives of his family members.

He had a deep and abiding faith in God and was a devoted member of Westlake United Methodist Church, serving as a Stephen Minister, usher, Sunday school teacher, Men’s Group member, and volunteer. He also was a master gardener, accomplished fisherman, skilled photographer, music lover, and charter member of the Rock & Roll Hall of Fame and Museum.

His successful career in public affairs and marketing included senior positions at the U.S. Department of Energy and serving as National Marketing Director for the Savings Bonds Division of the U.S. Department of the Treasury. He later became Vice President of Gianfagna Strategic Marketing, Inc. He was a proud graduate of the University of Maryland.

Arrangements by Jenkins Funeral Chapel. Private interment at Evergreen Cemetery, Westlake, OH. A memorial service and celebration of life will be scheduled at a later date.

Dear Jean,
we are so very sorry to hear about Skip’s passing. We have so many great memories of spending time with you and your beautiful family. We were great neighbors and became terrific friends. We always looked forward to the annual pool party and couldn’t wait to see what Skip was planting in his garden every year.Our thoughts and prayers are with you .

So sorry to hear the news. He was such a pleasant man with a great smile.

Sorry to hear about Skip’s passing. I got to know Skip during our two trips to France and Italy. He was soft spoken but energetic, someone I instantly gravitated to. I did not want to miss a word that came out of his mouth, because he was thoughtful, kind and mischievous - all at the same time. He was great story teller - and I believed every word! God Bless Skip. Rest In Peace!

So sorry for your loss, Jean. Jim was one of the nicest people I've had the pleasure of meeting. My thoughts go out to you and your family.

Skip was a wonderful man. His smile would light up a room. He was Mr. Personality Plus.

My wife and I send our condolences to the entire Gianfagna family.

Jean, I am so very sorry for your loss. I've prayed for you and Skip often since our breakfast at Joe's (back when we could still go to restaurants). I can't imagine how difficult this must be at a time when we can't even gather to express our condolences in person. Know that you are in my prayers during this very sad time. God bless!

Jean, I extend my support and prayers to you. I am sure that our Covid 19 routines have made this time additionally complicated. May your memories comfort you.

Jean and family. Sooo sorry for your loss especially during an extra challenging time in history. May your pain be relieved in time with such wonderful memories

Jean and family,
I am so very sorry to hear of Skip’s passing. May his memory be a blessing.

Jean and family,
So sorry for your loss. May your wonderful memories bring you comfort at this most difficult time.

Matt and I will always treasure the fun we had exploring Europe with the Gianfagna’s on Nickie’s trips. Matt and Skip had a world mission to educate restaurants on the merits of the olive as an appetizer standard. We are richer for having known Skip and wish we could have spent more years in his company. He was a man of great integrity and personal strength.

May Skip’s memories comfort you at this turbulent time, Kathy

We were all very sad to hear from Jeannie this week of Skips passing. We have been very lucky to get to see Jeannie and Skip a number of times over the past few years in Florida and London where we had some lovely meals to meet and catch up on family history. It was lovely to meet Skip who was very generous and welcoming. Sending prayers and thoughts to the whole family.

Skip was a loyal and loving Stephen Minister. I am lucky to have known him. He will be missed by all.
Judy

Jean, I knew Jim only through my relationship with you, but wish after reading the wonderful obituary that I had had a chance to really know him. I didn't realize that he had been a Stephen Minister--that alone speaks volumes to me (I'm one as well). I am incredibly saddened for your loss and hope you can feel virtual hugs from a distance. My prayers are with you and your whole family as you mourn him.

Please accept our heartfelt thoughts and prayers on the loss of your wonderful Skip. Our memories begin with Olivia and Mary becoming fast friends in the first grade and remaining so to this day. Later, I had the honor and privilege to work with Skip on the development and growth of the University Hospitals/City of Westlake Community Garden. Skip could certainly show you a thing or two about growing tomatoes! He helped out many struggling families in Westlake by donating his abundance of produce to the city food pantry on a regular basis. We are so very lucky to have known him.

"Skip" was a loving man who cherished life and everyone in "His Life". I am honored that he called me "cousin" Regina.

I will always be looking for you to show up at family events. Soprattutto la Famiglia. Much love, Cousin Camille

Our deepest sympathies to the family. May Skip Rest In Peace and May Gods Perpetual Light Shine Upon Him.

We are deeply saddened by the passing of Skip. He was a remarkable person in so many ways. Please accept our heartfelt condolences.

Dear Jean and Family,
Our hearts are truly saddened by the loss of Skip. We so enjoyed getting to know Skip and sharing so many special
adventures and fun get togethers with our amazing travel “family” group. Skip was such an endearing man...we are honored and blessed to have had him in our lives.
You and your family are in our thoughts and prayers.

Jean sorry about your loss. Skip was a good guy and he going to be deeply miss by so many.

My heart just sank when I read this. It's been almost 30 years since I last saw your family in Arlington, and I remember how warm and delightful Skip was. Sending you love, sympathy and support.

So very sorry to hear the news. Prayers for you and your family.

Jean and Family: We are devastated to learn of Jim's passing and are so very sorry for your loss. He will be missed by so many, and his kindness, charm, and good humor will never be forgotten. Please, please don't ever hesitate to reach out if you need anything at all. -- Much love from the entire Drago family

Dearest Jeannie, Jimmy, Mary and Adam and family.
No words can express our sorrow in losing such a wonderful friend. We are honored and blessed to have had known Skip. Always there for us. He is a man that will always be remembered. We love you all.

Dear Jean and family, we are so sad for the loss of Skip. What a great guy. Our prayers are with you for deep and abiding comfort as you miss him, and joy and laughter in gratefully remembering your love lives together. Judy and Mike

Skip was a loving and caring friend, fellow traveler, and fellow Stephen’s minister. His joy and zest for life were infectious and a gift to all who knew him. It was wonderful to have traveled so much with him and we all had such fun adventures together! Skip was always appreciative of everyone and everything. He was a warrior with dignity until the end. His passing leaves a hole in my heart and he will be greatly missed. God has received another angel.

Jimmy,
So very sorry for your loss. Your father sounds like a wonderful person all around to everyone that was blessed to have known him. May the memories of him bring you and your family peace.
V~