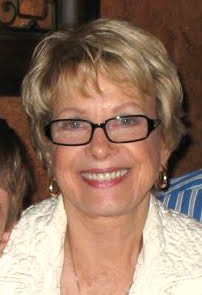 Irene Dolores Gordon (Urcheck), 95, of Avon Lake, OH and formerly of Farmington Hills, MI, took the hand of Jesus and walked peacefully to her heavenly home on Friday, August 14, 2020, surrounded by the love of many family and friends at St. Mary of the Woods in Avon, OH. Irene was born December 26, 1925, to Frank Jurczyk and Josephine Wielgosz, but due to a birth certificate mixup was officially listed as having been born on 01/26/25, the youngest of eleven siblings, all having preceded her in passing. Siblings included Mary, Katherine (Kate), Veronica (Verna), Alice, Frank, Nell, Estelle, Joseph, Charles (Chuck) and Walter (Wally).  Irene developed a love for music as a very young girl and followed her dreams to becoming a big band singer in her first career. It was there that she met and fell for an accomplished trumpeter, Ted Gordon, which resulted in the couple exchanging wedding vows on August 12, 1948, with that marriage producing 6 loving children and spouses, including Michael, Jil, Gail Bosch (Scott), Ted (Debra), Lisa Gordon-Hagerty (Walter Houston) and Lynne Duban, and all were truly blessed to have witnessed Irene’s final days. Irene’s 10 beloved grandchildren include Brandon, David (Briana), Matthew Bosch (Gail/Scott), Ted Gordon III (Ted/Debra), Sebastian & Gabriel Duban (Lynne), Sophia, James and Ashlee Gordon (Michael), and Ocie Houston (Lisa/Walter). Irene was also graced with great granddaughters Caisa Rose and Cora Anne Bosch (David/Briana). She is also survived by her devoted life companion and dance partner of 23 years, Ronald Sherman, who has held a special place in Irene’s and her family’s heart. Irene would be the first to say that her greatest life accomplishment was her children and the extended family and spouses that followed. Her second greatest feat was watching all 6 of her children graduate from The University of Michigan on a policeman’s, musician’s and realtor’s salaries.
Irene began her professional singing career while taking classes at The University of Michigan under the stage name, Iryne Welsh, and quickly became a fixture in Detroit’s esteemed big band community, singing at such popular venues as the Graystone Ballroom and London Chop House. She would later perform as Jill Packard for such accomplished groups as the Buddy Moro Band, Bill Gale, Frank Beck, Del Delbridge and enjoyed a regular stint on WJR’s #1 rated afternoon swing music program. Her national tour appearances included stops in Cincinnati, Wisconsin Dells, Houston, Dallas, and Arkansas. She also enjoyed an extended Detroit-based career performing with her husband, Ted, the leader of the Ted Gordon Band, who preceded her in death in 1991. The talented couple brought years of musical delight to friends, family and fans, with Irene performing well into her 70’s with her golden voice.
Irene also began a successful real estate career in 1967, becoming the first woman to be named a realtor of the previously all-male Vincent R. Nee Real Estate company, an accomplishment she held in high regard. During her career, she was consistently named a top seller in her respective companies. Her self-named mantra of “I’m not a quitter!” presented itself in many ways, both personally and professionally, and to the very end.
In the 1980’s, Irene’s determination and creativity pushed her to establish a custom jewelry design business, Gordon Jewelry Design, which she started out of her basement and developed into a successful business, designing and creating one-of-a-kind jewelry for family, friends and the public, bringing her years of pleasure despite the countless hours she would spend cutting wax and shaping other’s memories.
Irene will be remembered as a beautiful, loving and devoted wife and mother who left an
indelible mark on everyone she came to know. Her long, blessed life and peaceful death is a true testament of her faith and dedication to her family, friends and God. She will be sorely missed, but her legacy will live on.  Fly on eagle’s wings, Mom, and enjoy your forever home in paradise.
Visitation will take place from 4-7pm on Sunday, August 16, 2020, followed by a 7pm rosary at Jenkins Funeral Chapel, 2914 Dover Center Rd, Westlake, OH 44145.  A funeral mass will take place at 12pm at St. Joseph Catholic Church, 32946 Electric Blvd, Avon Lake, OH 44012, preceded by an 11:30am open viewing at the church.  Burial will take place at 12pm, Tuesday, August 18, 2020, at Holy Sepulchre Cemetery, 25800 W. 10 Mile Rd, Southfield, MI 48033. In lieu of flowers, the family asks to please send donations to your choice of: St. Jude Children’s Research Hospital Memphis, TN stjude.org -or- Solanus Casey Center Detroit, MI solanuscenter.org

I am so sorry for your loss may she rest in the peace of the heavenly angels. Turn thine eyes towards the heavens from Whence thy strength will come

Truly sorry for your loss Ted.

Our thoughts and prayers are with the family. We will remember dear Aunt Irene with great affection. Rest in peace.

I am so sorry for your family's loss. I have to say this is the most beautifully written obituary I have ever read. The beauty, strength and passion of your mother is wonderfully portrayed to those of us who never had the opportunity to meet her. My prayers are with your entire family.

Thoughts and Prayers to the Gordon Family . Mrs . Gordon was a wonderful mother and a joy to be with . I will always remember the times with her and her soft spoken voice and beautiful laugh as we were growing up. God Bless on a long wonderful life and peace in heaven with our Lord.

We are so incredibly sorry and heartbroken for your loss. We will be praying for all of you loved this remarkable woman and know we are here if you need anything else! We love you all so very much. I think of her every day when I look at the beautiful ring she made for Tim to give me. Hugs, love and here to talk or listen whenever you need. May your amazing faith, family and friends be sources of strength, comfort, grace and love to all of you. What an incredible family and legacy Irene with Ted created and will live on forever in all of you. With all of our love yesterday, today and always- The Boscos -Tim, Veru, Zach and Julia

Her beauty, kindness, and commitment to God are so proudly reflected in her children and grandchildren. How fortunate we all are to have met her, and see her in them. "...if we live, we live for the Lord, and if we die, we die for the Lord; so then, whether we live or die, we are the Lord’s…” (Romans 14:7-9) God bless!

Please know our love and prayers support you in the loss of your beatiful mother and friend. She lived a joyous life and raised loving and amazing children and helped create great opportunites for their lives. Celebrate her life and remember her smile as it shines forever fro above.

May God bless you,