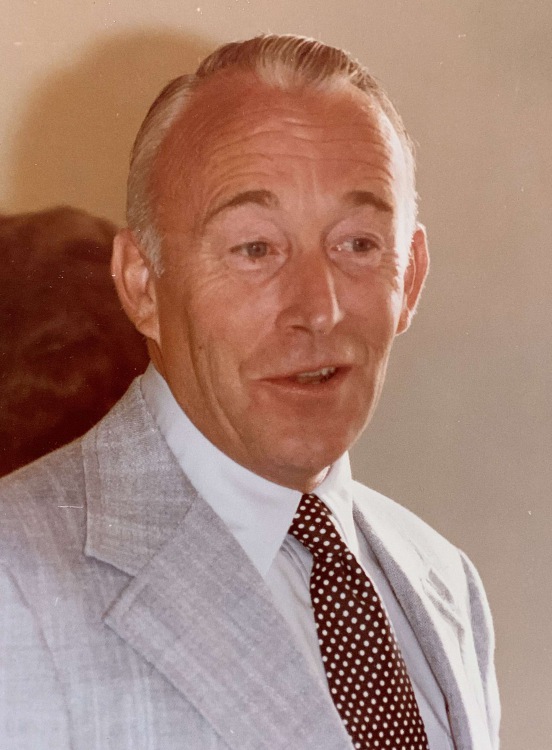 On Sunday June 5, 1927 Gerald B. Smith was born to Ova J. and Gerald B. Senior in Akron, Ohio. He graduated from Buchtel High School in 1945 and immediately became a member of the U.S. Army attaining the rank of sergeant. June of 1950 he graduated from Ohio University where he was a captain on the men’s varsity swimming team, a member of the varsity O Club and Beta Theta Pi social fraternity. He was a long time member of the Cleveland Athletic Club, Catawba Island Club, and Westwood Country Club. He was also President of Vermilion Power Boats and founder of the Vermilion Power Boats Yacht Club. Beloved husband of the late Margaret Soltesz Smith and Jean Smith. He is survived by two sons Jerry (Carol) and Jeff deceased (Mary) and 3 stepchildren Keith Johnson (Denay), Eric Johnson (Laurie) and Kim Flash (Mark), 15 grandchildren and 3 great grandchildren. A celebration of life will be held at a later date. Interment Lakewood Park Cemetery. In Lieu of Flowers memorial contributions may be made to Hospice of the Western Reserve  PO Box 72101 Cleveland Ohio 44197