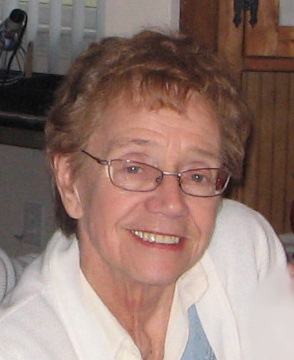 Janet Phyllis Busser (nee Bathory), age 91, passed away on October 13th. Janet was preceded in death by her loving husband Bob, of 60 years. Also survived by her sons Bob Busser (DyAnn St. Clair) of West Bloomfield, MI, Ron Busser (Stephanie) of Berea, OH, and Roger Busser (Sheila) of Westlake, OH. She leaves behind her grandchildren, Ryan Busser of Fort Lauderdale, FL, and Cristine Busser, of Little Rock, AR, who were the joy of her later years. Janet was a lifelong resident of Westlake and North Olmsted where she forged many friendships from Dover School that continued well into her 80’s. She was also a member of Westlake United Methodist Church for almost 80 years and served in various capacities, including singing in the choir and volunteering in the office. She was a dedicated wife and mother who served as a den-mother, school volunteer and made over 1400 teddy bears to be given to Fairview Hospital. She and her husband traveled extensively throughout the United States. Janet was proud of being able to trace her American Heritage back to the Mayflower and the signing of the Declaration of Independence. Graveside service to be held Friday, October 16 at 2:00 pm at Sunset Memorial Park, 6265 Columbia Road, North Olmsted. In lieu of flowers, memorial contributions may be made to Westlake UMC, 27650 Center Ridge Road, Westlake, 44145.

Bob - I am sorry to read of your mom's passing. My mother just died yesterday, too. My deepest sympathy to you and those you love. Your high school friend, John

I consider myself incredibly lucky to have so many memories with you, grandpa, and Ryan. From baking cookies together in my Florida kitchen to playing countless hours of Gin Rummy and Sequence, from weekend drives to the condo, with stops for ice cream and movies on the way, to building Tinker Toys and racing Matchbox cars in your North Olmsted living room.

You and grandpa joined us for so many birthdays and caught many of our sports games. Thank you for sharing your love of family history and modeling your examples of lifelong friendships. Most importantly, thank you for being there during my childhood and continuing to give your love and support over the years.

Rest peacefully with grandpa by your side.

janet you have now join bob in heaven. you were really a sweet person who enjoyed life. we had fun playing cards for so many years. may God be with your soul
sylvia and norm

Mother will be happy to welcome her life long playmate into Heaven. Norma, Pat, Janet, & Joanne together again.

Always loved Janet. Praying Consolation for her family as you miss her.