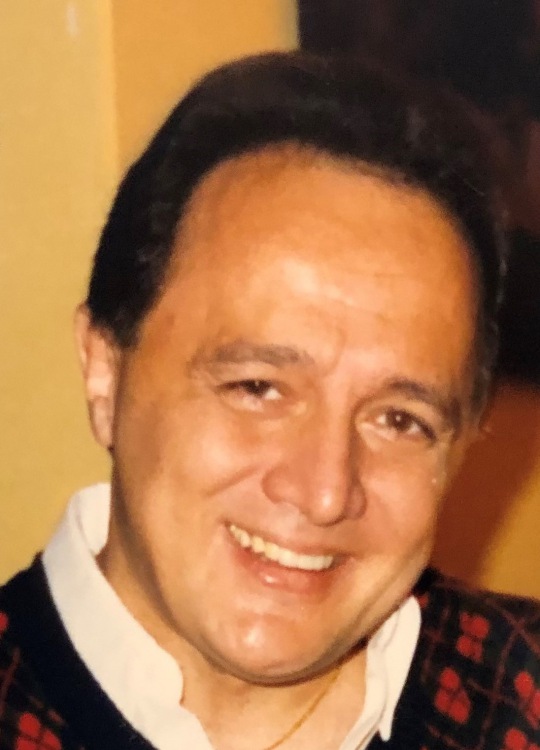 Pat was born in Cleveland on July 8, 1940 and graduated from John Adams High School. Pat was a veteran and served in the National Guard. He was an avid sports fan and athlete, having played baseball and tennis throughout his life. He began his lifelong career in the music industry at Liberty Records and went on to become Music Director/Disc Jockey at WHK and WMMS. He then relocated to Los Angeles, CA where he continued his career as National Promotion Director at ABC Dunhill, and then at Warner Bros. Records. He later founded his own publication called The MAC Report. Pat spent the last years of his career in Nashville, TN before eventually returning to Cleveland in 2006.

Due to COVID, there will be no services at this time.

We were so sorry to hear of your passing. Our friendship goes all the way back to the 7th grade at Nathan Hale.

Many fond memories in and out of school. We were happy when you would call us from Our House on a Saturday morning and tell Kenny to get a football game together down the gully. Then they would laugh.

So glad we got to visit at Our House.

Pat a respected man of the “time “

I was so sorry to hear of Pat's passing. I used to call him to bring him up to date about our high school group and the wrestling team from many years ago. It was great talking to him. I am sad I never got a chance to visit him over the years he was at Our House. Rest in Peace Dear Friend. We will meet again another day.

My deepest sympathy to Pat’s family. Pat and I met in junior high school, continued our friendship at John Adams where we became the epitome of a high school couple, the Jock and the Cheerleader. Pat and I lost touch in our college years, but there was an occasional letter or phone call, and I was fortunate to get the opportunity to see Pat at “Our House” on two of my trips to Cleveland in the past few years. Pat’s friends, and I, will remember him with much affection, and we will mourn him.

Pat you were such a happy man living @Our House. I enjoyed your company and you were such a funny man. Pat may you rest in peace i will miss you dearly. I will miss your handshakes, i always told you had the softess hands . lol and our little jokes. Rest in paradise Pat. Condolences to your family

Pat was a great guy! i loved working for him at Warner Brothers in 1977. He was National Promotion Director. Pat taught me a lot about the business and football!

So many fond memories!

So sorry for the loss he will be missed!

Megs & Sean, I'm so sorry for your loss. I wish there were magical words to help you to feel better but I know that's not possible. May your happy memories with him shine through your grief. You're all in my prayers.

Megan, My deepest condolences go out to you and your family. May God look over you all and give you the strength you need. Prayers are going out to your family.

To My dear friend...We truly began our record industry careers together at the same time at ABC Music. Pat in Record Promotion and me in Distribution & Production. During those years our friend ship grew thru the love of tennis..We played every week, and later came together when The Mc coys hired me as their General Manager of the MAC Report. Over the years I never forgot our friendship. To your family, I trust you can find peace in knowing he's in a better place. God Bless to all..Your friend.

When I was doing promotion for WB (1977-1992) in Pittsburgh, Pat was my mentor. At one point, I asked Burbank if they would create a *new* job as Pat's assistant. When I moved to WB/Nashville, then obviously, I saw him a lot.
Just as I was leaving WB, Pat asked me to find a local beer neon sign to add to his collection. I found it and then flew to L.A. with the thing in my lap to be careful, then hand delivered to him. I stayed for dinner, too!
I miss him so much, and my sincere sympathies to you all.

Thoughts and prayers are with you and your family. May you Rest In Peace. May you always be with your children and grandchildren just in a different way. May memories you’ve made support them in the days ahead.